Wireshark is one of the tools that help you identify incoming and outgoing packets be it UDP or TCP level, ICMP or IP level.  Wireshark is a tool that intercepts packets and analyze them.  One of the helpful tool that helped me analyze how website POST GET works for my projects, it is considered user friendly thanks to its Graphical User Interface.  The GUI of Wireshark is one of its strong points.  You are able to look at a list of tens and thousands of packets and filter them according to your need with conditional statements.  Wireshark is capable of running in both Linux and Windows. END_OF_DOCUMENT_TOKEN_TO_BE_REPLACED

A LAND (Local Area Network Denial) attack is a DoS (Denial of Service) attack that consists of sending a special poison spoofed packet to a computer, causing it to lock up. The security flaw was actually first discovered in 1997 by someone using the alias “m3lt”, and has resurfaced many years later in operating systems such as Windows Server 2003 and Windows XP SP2.

By using the tool hping3 by Hping, this packet can be crafted!  Although most firewalls are already there to stop this, this concept is nonetheless creative.  A similar command from hping3 would include:

Are you interested in building your own TCP / IP application in C?  Learn how to make client server applications such as Instant Messaging or apply TCP / IP onto your existing system for further benefit.  By mastering the skills of using sockets in C, you can develop applications that uses the FTP as well as SMTP protocol.  To send email or to connect to your own FTP server as well as searching through Google.  The possibility for using sockets are unlimited!  TCP / IP Sockets in C Practical Guide For Programmers written by Michael J. Donahoo and Kenneth L. Calvert is a good book to start with.  By assuming that you have the basics of C programming, it helps you to master the Winsock functions.  At the end of the day, you will be able to create multi-threaded server that accepts multiple connections at a time.  Apart from that it also gives a brief example of source code for writing a client server using the UDP protocol.

Be reminded that it is TCP / IP for C which means that it is fully focused on C.  However there is a small chapter at the end which gives a guidance in C++.  This book is the best book you can get to jump start your programming skills in handling sockets in C!  Even if you have already learnt sockets, it is a good idea to check the source codes that are taught as their way of coding gives a proper idea on how you should write them well. 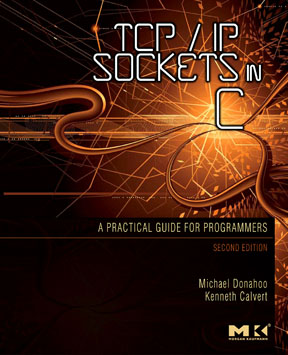 As mentioned in one of my previous posts i will be releasing the function to retrieve passwords of WLM, Firefox, No-IP and DynDNS.

Those of you that think of yourself as a hacker, do you know what does a network packet look like?  Have you ever read network packets in your life, do you know how they work?  Take a look in the TCP packet below and try to figure out what the packet is doing as well as getting the source ip address and port of the sender.

Tips: Think of the packet as an Ethernet frame.